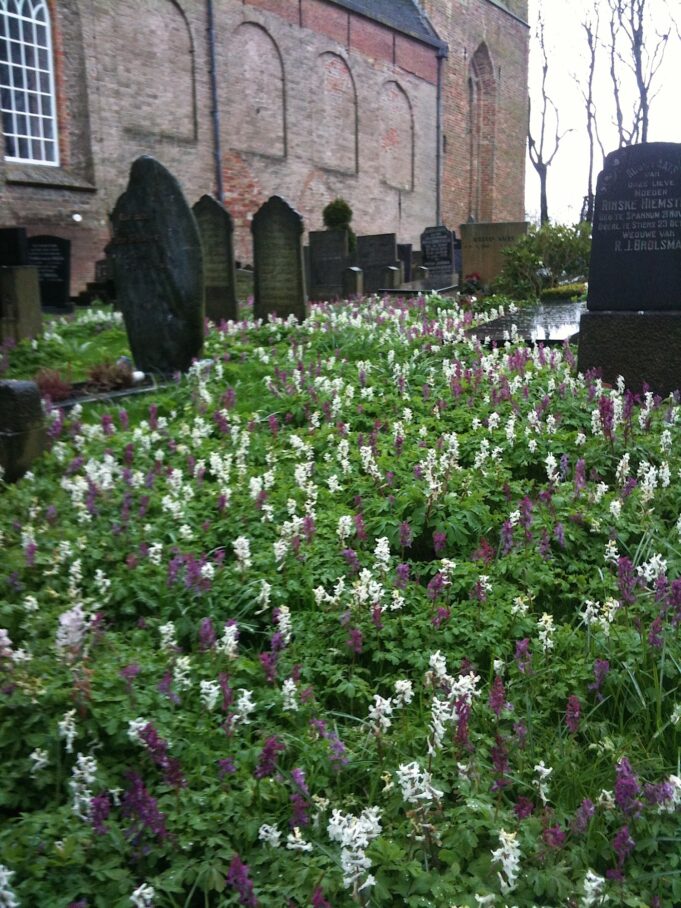 Stiens was formerly called Steens. Steens, means made from stone and refers to the word Stins, a medieval stone tower. Stiens has a beautiful old church, the St. Vitus church, which is located on a ‘terp’, which is an artificial dwelling mound. The oldest part of the one-aisled church is the nave from about 1100, the choir from the thirteenth century and the tower from the period 1450-1500. The churchyard is surrounded by a double row of impressive Lime trees, which are more than 200 years old. The cemetery has a rich Stinzenflora of Snowdrops, Winter Aconites and Crocuses. At the entrance gate, the Glory-of-the-snow and the Siberian Squill colour the bottom blue. This Stinzenflora originated from the initiative of Mr. Albert Atema in the late fifties. Auke Bakker, verger at that time, contributed to its creation. After 1981, this policy was continued with great enthusiasm by the next verger Cees Buisman, who retired in 2015. The churchyard is freely accessible.