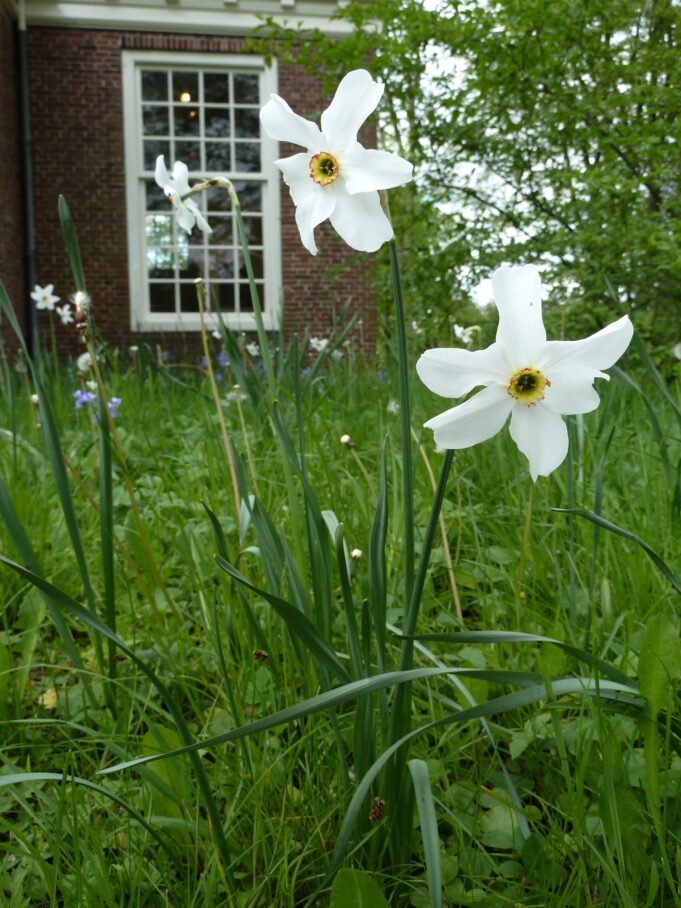 The Pheasant’s Eye grows exuberantly in some alpine meadows such as near Lake Geneva above Vevey / Montreux. The Pheasant’s Eye also occurs in southern France. On the website of Météo des narcisses de Montreux Riviera you can see when these plants are in bloom there. Because whole slopes can be coloured white with the bloom of the Narcissus poeticus, this is called ‘La neige de mai‘ (The snow of May).

Dioscorides, doctor / pharmacologist / botanist, who died 90 AD, already describes this plant in his Herbal book Materia Medica. The plant has white flowers with a light yellow crown with a purple edge and smells pleasantly. Dodonaeus reports in his Cruydeboeck in 1554 that this plant is ‘planted in the gardens of ‘cruyt lovers’ and that they are called ‘Daffodils or Spaensche Jenettekens’. The plant is one of the later flowering Stinzen varieties and often blooms in early May, just like Double Meadow Saxifrage.

Hackfort, Philippusfenne and Schierstins are interesting places to see the Pheasant’s Eye.